Now that most children are attending classes from home, they have more free time on their hands. It would be a great opportunity for you to spend time with them and have fun together. However, if you are still bogged down with work, give them something to do during their free time.

Most parents take this opportunity to encourage their children to form constructive hobbies—they sign them up for piano lessons, kids yoga, even cooking lessons. But aside from hobbies, you can also inspire them to learn what can be beneficial for them in the future—have them learn a new language.

Learning a new language can be tough for adults. It is because, for us, adults, we have already been exposed to a certain language structure all our lives, so it is difficult if we are suddenly faced with a new syntax, new rules. It would have been easier if we were only learning words, but grammar is also different for different languages. But for children whose brains are still developing, it can be as easy as learning their ABCs and numbers.

If you are not yet convinced, read on to know some reasons children should learn a foreign language.

1. Being bilingual is an advantage in their future careers, especially if they learn one of the major languages spoken internationally. We are in a globalizing world. Operations of companies and institutions are no longer limited to just one country. Bilingual or multilingual staffs are therefore treasured assets of companies that operate in different countries, as they do not have to rely on external translation services to communicate with partners and clients effectively.

Additionally, the need for bilinguals and multilingual persons is not only for overseas operations. Even within countries, the population is already becoming mixed. To have clear communication flows in a group, it is recommended that everyone could speak—at the minimum, understand—each other’s language so that they can freely express what they want to say, and understand what another wants to communicate. 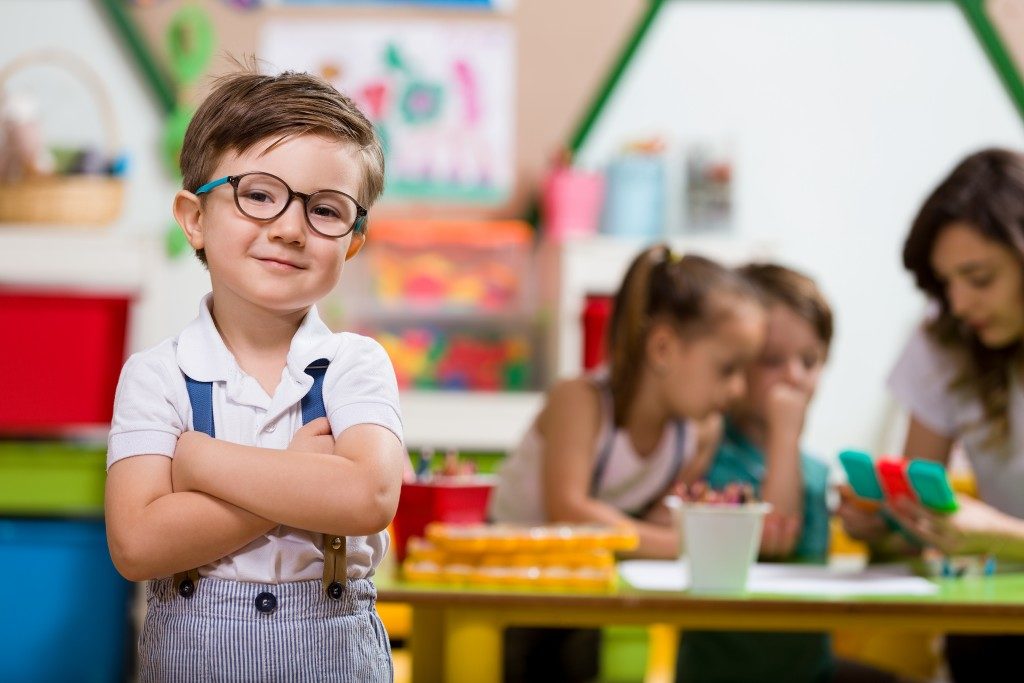 2. Language is dynamic. It evolves together with the society that uses it. Therefore, individuals who are learning a new language necessarily learn the culture of the people who speak it. To illustrate this, some words have no direct translation in another language. On the other hand, some sensations can have several words in one language; each word nuanced with how the sensation is felt. It also shows what aspects of life are given importance by the society that speaks that language.

You probably heard of ‘dead languages.’ They are not simply dead because people no longer know them. Some people do, but they are no longer evolving. These languages are not being used, so they lose their ability to adapt to developments—it would not evolve new words, and it would not change meanings for its existing words.

The learning process can be fun and can help children socialize more with others who are in the course. One of the main problems of having your child restricted to your home is that they are limited to their teachers and classmates, and your house for their physical environment. They don’t get to go to the playground anymore to meet new children, explore a new place, do new things. Enrolling them in a language class would entail meeting new people, and they also learn about new places and things associated with the language.

3. Learning a language is greatly associated with brain development. The effect on your child’s brain will even be beneficial even to old age. The child is trained to focus, which in turn teaches him or her how to eliminate unnecessary stimulants and get a better grasp of what is important. Studies show that even among adults, learning a new language helps in brain functions and could even delay or prevent the onset of dementia.

Some parents are anxious that their children would not be able to master one language if they learn different languages. While people claim to have problems in code-switching—that is, using one language and then switching to another—and they sometimes would forget words in a language, it is not always the case. Those who are adept with languages can freely express themselves in whatever language. It depends on the person’s mastery of the language. Besides, even monolinguals forget a word or two when these are not used often.

It is not advisable to coop children up at home, especially those who are in their developing years. However, since it is the safest place for them with the current pandemic, let them have fun with interesting classes they can take at home. Allow them to explore new lands and new horizons by learning a new language.